In celebration of Plastic Free July, SSRC’s Recycling Outreach Team decided to kick their plastic avoidance into high gear, attempting to go completely plastic free for one work week. For five days, the team audited their plastic waste by collecting what they generated in glass jars. Storing waste in a jar is iconic of the contemporary Zero Waste movement, and is a tactic most notably used by influencers like Lauren Singer of Trash is for Tossers.

In all, the team generated just 1.7 ounces of plastic waste, much of which was eligible for recycling. The three students generated just 3% of the average American’s plastic waste over the same amount of time. Kate, the week’s least wasteful, weighed in at 0.3 ounces, meaning she produced 99.5% less plastic waste than the typical American!

“It’s everywhere,” says Fernando, “you really have to think about it.”

“If you take the time to think about the things you purchase, you’d realize how plastic is avoidable in a lot of cases. It’s just not always convenient,” says Kate.

But, that grab-n-go mentality is hard to give up. Nearly 60% of the team’s plastic items were related to fast, ready-to-eat food, a staple for college students juggling work, class and social commitments.

“Convenience is king,” noted Lea, referring to her empty coffee pods that pushed her into last place.

The group’s goal was not only to challenge themselves to move up the Zero Waste hierarchy, from recycling to reducing, but also to bring awareness to the Plastic Free Foundation. The non-profit encourages individuals to take small steps to break free from plastic and advocates for a shift toward a more circular economy.

In 2018, Great Britain’s Royal Statistical Society's statistic of the year was “90.5%: the proportion of plastic waste that has never been recycled.” But the problem doesn’t stem from improper sorting or contamination of plastic bales that leave the material recovery facility; this is a problem of consumption.

The rules of recycling are crucial to follow, but this issue goes far beyond unrinsed recyclables. The quantity of plastic present in our waste stream exceeds domestic recycling infrastructure and technology. And now that countries like China and Malaysia are second guessing the acceptance of our plastic waste, we're beginning to feel the sting of linear consumption. In the news we see communities upset over the lack of markets for their recyclables, but are we willing to make the changes necessary to stop producing that waste in the first place?

It's tough, and that’s why challenges like Plastic Free July are so difficult to take on. Our consumer preferences have pushed companies toward convenient, cheap, and disposable options rather than environmentally conscious ones. When the shelves are swamped with plastic, it’s not always easy being green. But, as consumers, we have the power of the purse, so let's make our purchases with that in mind.

Do you think our economy can break free from plastic? How would you fair for a week without plastic? Check out our experience in this recap video, Plastic Free Challenge! 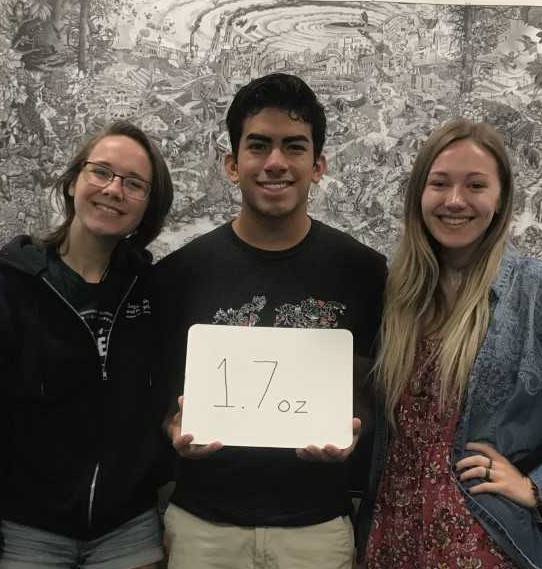