Kirsten Leenaars, a Chicago-based artist, teamed with the Broad Art Museum to bring forth The Broadcast, a cinematic commentary on the representation of various voices in media. One of the main stars? Recycled cardboard, courtesy of the Surplus Store and Recycling Center (SSRC).

The community-based video project invited 15 high schoolers to MSU’s College of Communication Arts and Sciences to learn about media representation, character building, and video production as they worked in teams to develop their own show. Leenaars and her colleagues wanted to make the experience low pressure on the teenage participants, and invite them to take risks and develop unique storylines. That's why the camp’s main medium for character and set building was recycled cardboard. The unusual medium “invites play” and creates a casual atmosphere, said Leenaars.

SSRC donated 480 pounds of clean cardboard to The Broadcast, roughly equivalent to 2,000 standard boxes! The recycling facility team was happy to move the commodity up the waste hierarchy from recycling to reuse. “It’s all part of our highest and best use practice,” said Sean Barton, SSRC’s diversion coordinator.

Using recycled cardboard rather than buying new material saved Leenaars and her team money and reduced their environmental impact. Reusing that amount of cardboard saves about 4 trees, which together can sequester approximately 58 pounds of carbon dioxide from the atmosphere each year. To put that into perspective, that would offset the carbon footprint of washing and drying about 10 loads of laundry!

At the end of the three-week camp, the students gave their television show pitch, which Leenaars said is her “vehicle to learn what they care about.” She noted how important it is to listen to these young voices, as they are often ignored in today’s political climate. “We want know what they care about, how they see the world,” she said.

Leenaars drew inspiration for this project from her ongoing performative documentary project, (Re)Housing the American Dream. The annual three-week summer camp in Milwaukee also aims to capture the voice of the youth and engage them in intersecting issues.

If you’re working on a project and would like to substitute recycled material for virgin material, don’t hesitate to reach out to us to see what we can provide. Contact us at recycle@msu.edu. 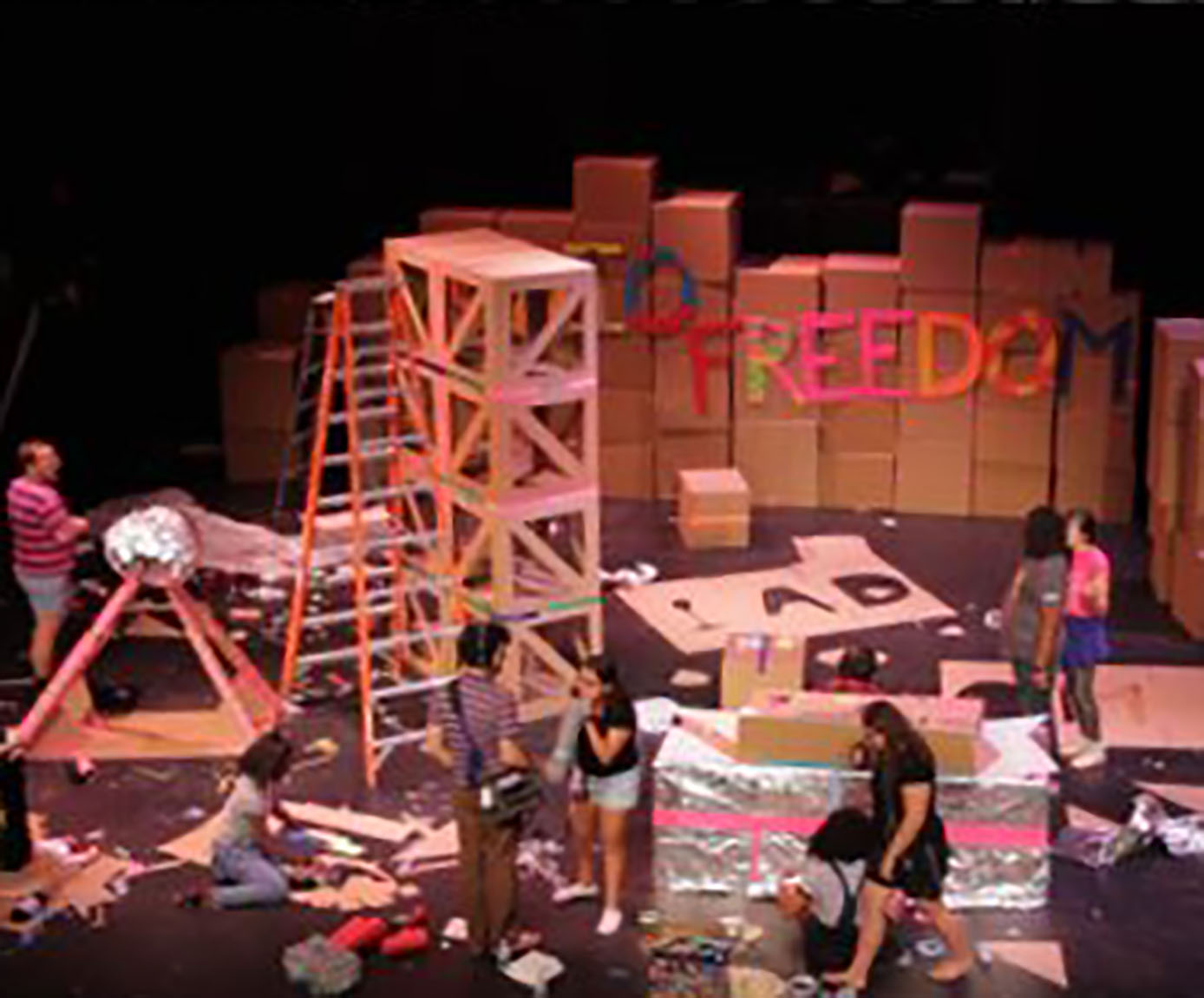